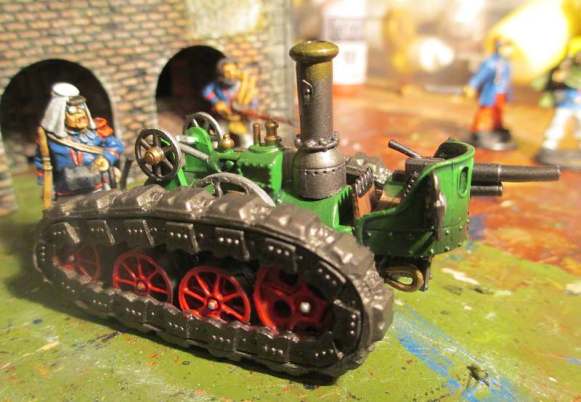 Sergeant Morzycki at the controls of the gun tractor.

The first two officers I painted. 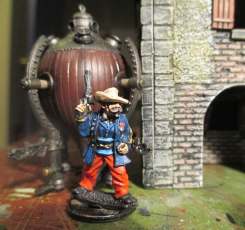 Capitaine Danjou with the secret weapon – no, I don’t know what it does, either.

The whole crew so far – the four newest on the right.

Slow progress, but I’ve finished painting four more of my Foundry French Foreign legion filibusters for my embryo VSF project.  Click on any of the pictures above to see larger versions.

I’ve followed the example on the Foundry website of painting some in red trousers, and some in white. Along with the various attire, this gives a real campaign look.

The basing is not yet done – I’ll save that for when all the figures are painted, so I can do it in one messy operation.

Oddly, the running legionaire with the red trousers is not shown in the illustration of this particular pack on the Foundry website. I’m not sure if it was a mistake that he was added to the pack, but he is a welcome recruit to my small force.

I’ve posed one of the legionaires as if he is controlling one of my Bandai gun tractors. Although the tractor is in actual fact scaled for about 15mm figures, I think it looks OK as a small vehicle in 28mm. As there is no room for a 28mm crew behind the gun shield, I’ll convert the cannon into a gatling gun, connected to the driver’s position by guitar string conduits with which he can fire remotely.

The driver will sit at the back where I currently have just put a standing figure. I’ll need to find a plastic figure that I can convert into a seated driver. Possibly a Perry American Civil War figure will do the trick, but I’m not going to splash out on a whole box to buy just two figures (I have two gun tractors to add drivers to). So if anyone has a couple of spare figures they can sell me, please let me know! 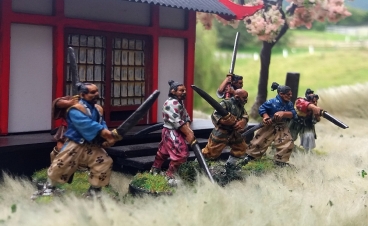 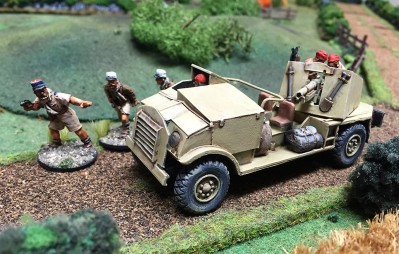 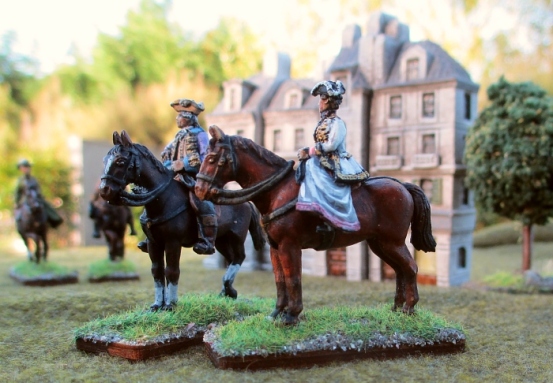 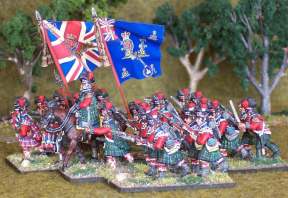 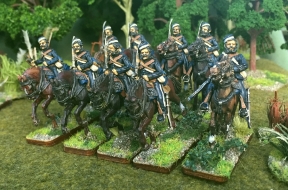 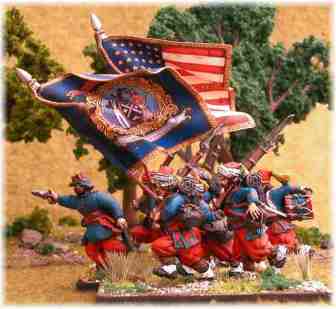 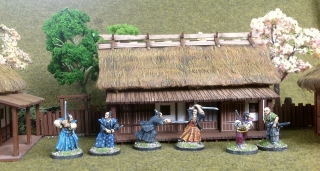 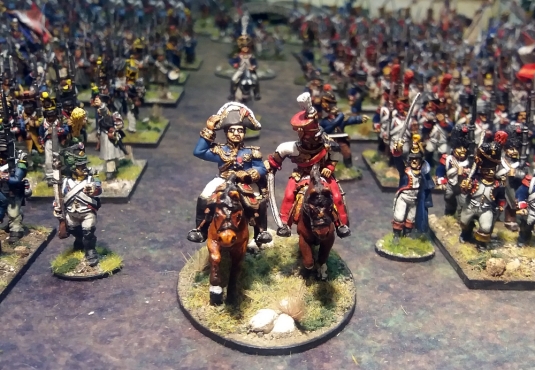 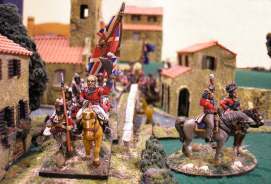 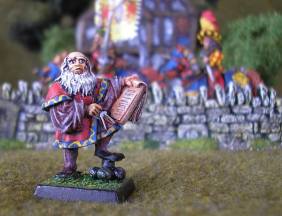 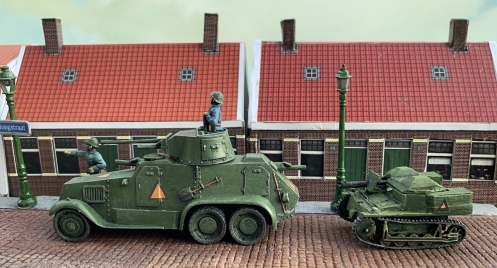 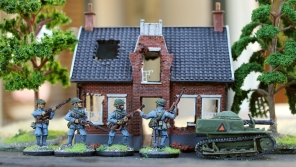